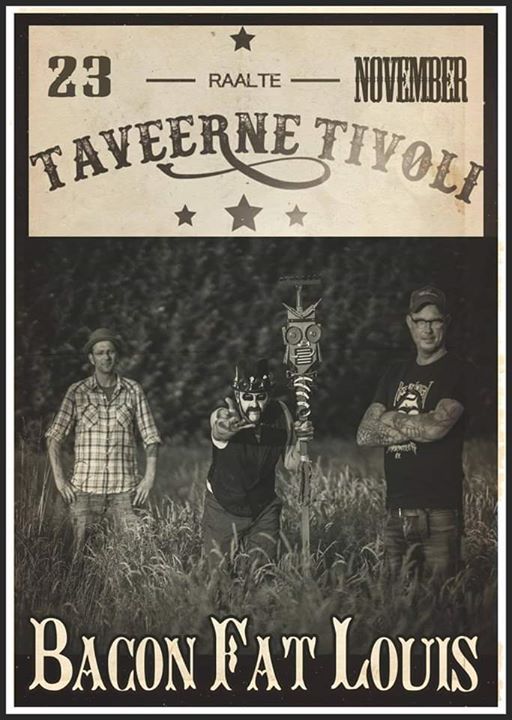 With home brew instruments and a dancing attitude we try to stretch the borders of the blues! And yes we are under the influence of Jack White, R.L. Burnside and Son House.

We like to use cigar box guitars (Bo Hudson) joined by blues harp (Harp Attack Pete) and a dictating but danceable rhythm (Big Kick Rik). So don’t expect those academic guitar solo’s because we just don’t care about that.

The debut album (Bacon Fat Louis) was well received in 2013 and opened up the doors for an ongoing live experience. We participated in the Dutch Blues Challenge in 2016 and recorded a live album (LIVE!) with our biggest fans in the Hippie Hut live venue.

In 2017 we released a concept album (the Glorious Gospel & Blues of Henry Sloan) that tells the story of the legendary mentor of many blues men like Son House and Charley Patton. Since Henry was never recorded his legacy remains unknown. We picture him in the modern day world and see him struggle with fear, victory and failure. Do you think he will be heard now?

This is home brew party blues straight from the juke joints.

Remember dancing is allowed just make shure you have a beer on the side!